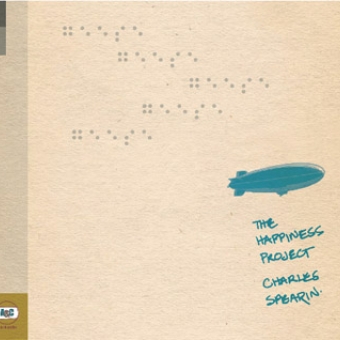 These are my neighbours. My wife and I have two little kids and live in a multi-cultural neighbourhood in downtown Toronto. In the hot summer months all the kids in the neighbourhood play outside together and everyone is out on their porch enjoying each other's company, telling stories and sharing thoughts. A year or so ago I began inviting some of them over to the house for a casual interview vaguely centered around the subject of happiness. In some cases we never broached the subject directly but none-the-less my friends began to call it my "Happiness Project".

After each interview I would listen back to the recording for moments that were interesting in both meaning and melody. By meaning I mean the thoughts expressed, by melody I mean the cadence and inflection that give the voice a sing-song quality. It has always been interesting to me how we use sounds to convey concepts. Normally, we don't pay any attention to the movement of our lips and tounge, and the rising and falling of our voices as we toss our thoughts back and forth to each other. We just talk and listen. The only time we pay attention to these qualities is in song. (Just as when we read we don't pay attention to the curl and swing of the letters as though they were little drawings.)

Meaning seems to be our hunger but we should still try to taste our food. I wanted to see if I could blur the line between speaking and singing - life and art? - and write music based on these accidental melodies. So I had some musician friends play, as close as they could, these neighbourhood melodies on different instruments (Mrs. Morris on the tenor saxophone, Marisa on the harp, my daughter Ondine on the violin, etc.) and then I arranged them as though they were songs.

Charles Spearin is a multi-instrumentalist who has been an active and influential member of Canada's independent music community since the mid 1990's. He is primarily known as a founding member of the instrumental post-rock ensemble Do Make Say Think and an original member of the indie-rock collective Broken Social Scene. Spearin's most recent work - his first solo album - innocently titled "The Happiness Project" centers around recorded conversations with his downtown neighbours and plays with the cadence of their voices as though they were songs.

The inspiration behind this new project comes partly from his love of music and fascination with sound and partly from his experience and education in Buddhism. Charles was raised with a blind, Buddhist father and, before the birth of his own two children and subsequent familial responsibilities, dedicated much of his time to studying Buddhist philosophy and practicing meditation (including annual retreats in meditation centers, monasteries and solitary cabin-retreats).

Buddhist practice puts emphasis on analyzing the nature of one's own awareness and experience through study, contemplation and meditation, and often includes long periods of silence and reflection. Returning home to ordinary life and ordinary conversation after extended periods of quiet is what brought Spearin's attention to what would be the focus of this new album: The natural, unselfconscious, music of speech. By replicating the rising and falling of the recorded voices on different instruments Spearin, in true Buddhist form, attempts to illuminate some of the beauty of ordinary life.

Spearin has performed snippets of his new project while on tour with Broken Social Scene and Do Make Say Think and is now preparing a live version the Happiness Project for a few select performances this spring.