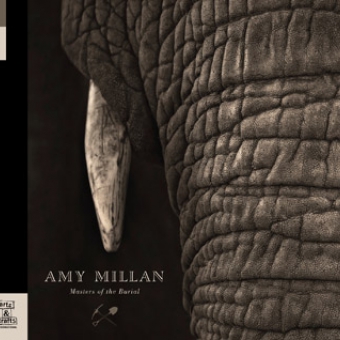 Masters Of The Burial

Buy Masters Of The Burial

Stream Masters Of The Burial

Amy Millan (also of Stars and Broken Social Scene fame) returns with Masters of The Burial, a wistful yet warm collection of songs and the follow up to her 2006 solo debut, Honey From The Tombs. Masters of The Burial includes interpretations of Death Cab for Cutie's "I Will Follow You Into The Dark" and "Old Perfume" by Sarah Harmer. Recorded at The Well and produced by Martin Davis Kinack (Broken Social Scene), the album features guest performances from Evan Cranley (Stars), Dan and Jenny Whiteley, Feist, Liam O'Neil (The Stills), and many more. 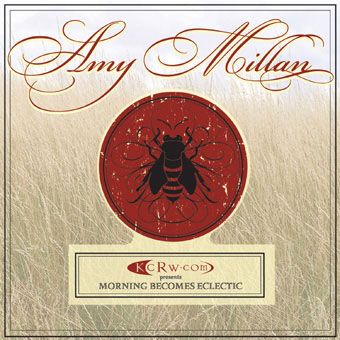 On March 27th, Arts & Crafts will release Amy Millan's live KCRW session. The 5-track EP will be available as a digital-only release through GalleryAC and other fine digital retailers. 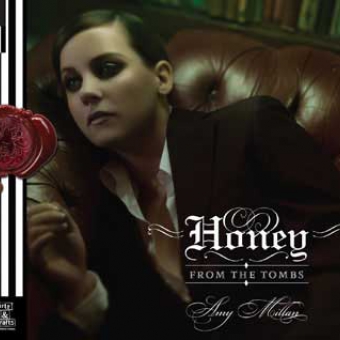 Honey From The Tombs

Buy Honey From The Tombs

Stream Honey From The Tombs

For three years and over three studios, when not touring the world she wrote and recorded songs outside of her role within a band setting.

View Archived Tour Dates
All the touring with my various bands was coming to a stop, and I had to find a bed. An old friend gave me her Montreal room where I could smoke too much and burn her copper pots. The rest of the songs took shape from the quiet back porch of that temporary refuge.

I have always loved to sing other people's songs, which is why this record is painted with them. I Gathering up a few songs that I wish I had written, I tried to bring a little something different to them. I had the good fortune of hearing Death Cab For Cutie's Ben Gibbard sing "I Will Follow You Into The Dark" every night when Stars went out on tour with them. Sarah Harmer was playing in Weeping Tile when I was first introduced to her music. You could roast a marshmallow with her beautiful voice and I have always felt "Old Perfume" was a little gem hidden inside a more ruckus mine. "Run For Me" was a song that carried me through a difficult period and articulated something I couldn't. Richard Hawley's production of that song is so incredibly beautiful and rich; the only thing I could do was to bring it back to a 'barely there'. If you have heard her own records, or listened to Honey From The Tombs, then you will already be acquainted with the strong song writing skills of my great friend Jenny Whiteley. "Baby I" was the only cover song I did on my last record, but I had to go back to her for more. "Day To Day" is from her second record, Hope Town, and a love song that sounds like the wind wrote it. The melody, like a hymn, feels as though it's from another time, and another place - the middle of the sea perhaps, in 1863.

The songs I penned myself came from a time of flux, trying to get to the bottom of what "home" really means. The same questions kept coming up for me; where do we stash the collection of betrayals and disappointments we carry through our lives? If you find yourself miles away from a person with whom your communication has become crooked and bent, can you ever find your way back? Do we ever actually "get over" anything? Together, my own songs and these covers create a bed where the lonely can rest for a little bit, where little hopes, little deaths, and big loves are flammable but fallow. Every idea needs a backdrop and that's where Mr. Martin Davis Kinack (Apostle of Hustle, BSS) comes in. He showed me to a barn by the escarpment cliffs, we put on our pajamas and got buried in snow. I was able to bring so many of my comrades to this hidden forest, the ones who had toured with me on my last record: Dan Whiteley, Christine Bougie, Darcy Yates and Doug Tielli. Other guests slid in like a sleeping bag, such as the fast fingered Marc Roy (guitar), Dean Stone of Apostle of Hustle (drums), Kevin Fox (cello), and Genevieve Walker (violin). Singing such beautiful back ups, my very close friends, Leslie Feist, Ariel Engle and Jenny Whiteley, came to support not just the songs, but me! Hot Butterscotch, aka Stars' Evan Cranley and Chris Seligman along with The Stills' Liam O'Neil, killed the smooth on the horns. Jesse Zubot was my most futuristic musician, sending his amazing violin parts on "Bound" over the internet, as I couldn't persuade him to leave his busy Vancouver home. I think it sounds like he's standing right beside me. So, as you can see "solo work" is a bit of a fib. Without this community, the record would be a lonely, less interesting listen. This record is the dark of the night. It's the sound of someone climbing into bed. The soundtrack of the time in between when the candle burns out and your dreams begin. The time of night when all we have tried to bury comes back to us masked in midnight mind stories. Light the fire, pour up one more, draw the curtains and tuck in.