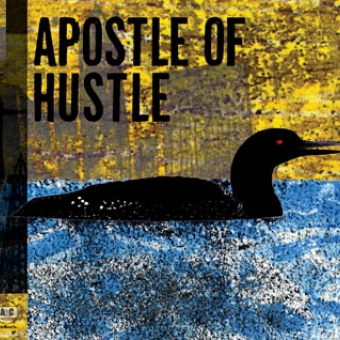 "The album combines social commentary and introspection with loose instrumental jams that sometimes have that Broken Social Scene feeling of a bus running without brakes. The Audio collages between tracks enhance the sense that AOH isn't just a band, it's a mobile sound laboratory." 3/4 stars - Globe & Mail

"It's leaner, more solid and more aggressive, drawing from the attitude and bricolage aesthetic of old-school hip-hop ... a contemporary urban take on everyday battle hymns." - CBC.ca

"Eats Darkness revels in extremes. At 35 minutes, it's the shortest Apostle of Hustle album, and yet it feels like the longest, most satisfying journey of them all. It's at once their most sparse and their most dense effort... a band with an insatiable musical appetite from every corner of the world consciousness" - Exclaim! 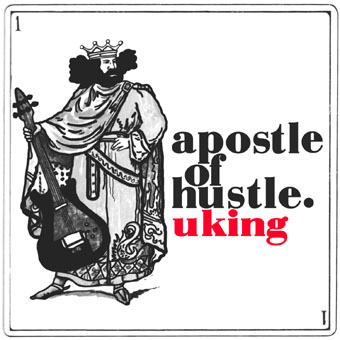 Announcing ï¿½U King,ï¿½ from Apostle of Hustle. The of this EP depicts a King gazing impersonally outward. We instantly notice three anomalies. First, his hair has been allowed to ï¿½Fro out violently from under his crown, indicating a rebellion to what is expected from him. Second, he wields not a sceptre, but a giant bass guitar. Third, he ï¿½goes alone.ï¿½ There are no tarot or playing card signs to tell us what suit he belongs to ï¿½ only a number one. What to make of it?

The positive traits of the EP include: a storytellers knack for moving from the universal to the personal, themes of seduction and betrayal, the first AOH-penned Spanish song, a love song for Coco Rosie, a rare guitar solo, Cuban comedy from the 70ï¿½s, old-skool 808 beats from Miami, a re-make of one of Wayne Newtonï¿½s show-stoppers (including Liam from The Stillsï¿½s interstellar sax-playing), and an homage to the wisdom of the late Edward Said. There are no negative indications on this EP.

Three remixes followed by two unreleased tracks and one gband konfession. The world is yours. U-King. 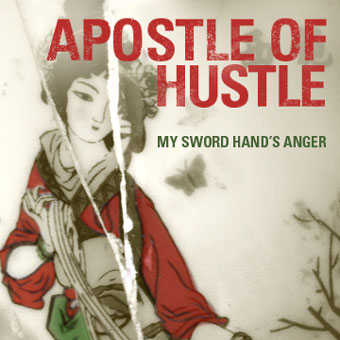 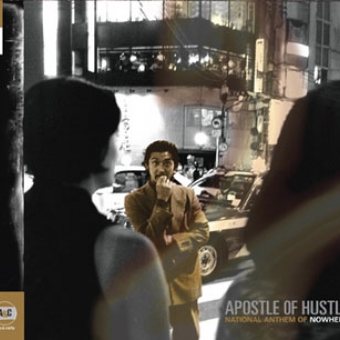 "National Anthem of Nowhere" is for everyone who feels that they have no voice or can't be heard. They hear this title and something stirs inside them. Then they hear this song and they feel that they "know" it. They meet strangers in nowhere places and will never forget those meetings. They wander out into the suburban, in-between zones and there they are welcomed. 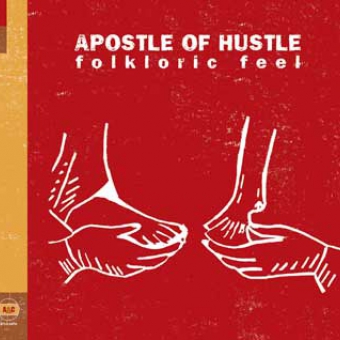 View Archived Tour Dates
Apostle of Hustle first took shape after a two-month sojourn in El Barrio Santo Suarez, in Havana, in 2001. This experience was mind blowing for Apostle of Hustle's lead (Andrew Whiteman) from the ground up: the community, the fashion, the pace and the music. Whiteman returned to Toronto invigorated about a possible music that did not yet exist. Knowing he wanted to create it, Whiteman took up residency at a local dive as Apostle of Hustle, a quartet. The band played Brazilian and Cuban folk songs, as well as Tom Waits / PJ Harvey / Marc Ribot covers. Whiteman played guitar and tres; plus he recruited Dean Stone on drums and Julian Brown; an old buddy from the mid 90's indie scene on upright bass. The fourth position was a kind of "open door" to whomever might show up on their nights.....

Apostle of Hustle's first endeavor, Folkloric Feel, was released in July of 2004. It was a Frankenstein of a record - recorded in over four different locations at different times. By this point, Whiteman was almost completely consumed with recording and touring with Broken Social Scene and finishing the Apostle of Hustle record could only happen in between tours. A collection of tracks and mixes and ideas was brought to BSS producer David Newfeld's door and he somehow was able to create the psychedelic debut that came out on the Arts & Crafts label.....

The follow-up, National Anthem of Nowhere was recorded in Montreal at Studio Masterkut in March of 2006. This time around the band sought the production talents of Martin Davis Kinack (BSS/Sam Roberts front-of house man, as well as Sarah Harmer producer) National Anthem of Nowhere was finished in Whiteman's bedroom in September and mixed in the woods at Marty's secret studio locale. National Anthem Of Nowhere was a concept album, though nobody realized it at the time. The band spoke about it: stories about when people go, or are pushed, voluntarily or involuntarily, to the borders of themselves. We all have these walls around us, and they are there for good reason (political /geographical /sexual /cultural /musical! /spiritual). People need these borders to define who they are but when you find yourself thru circumstance outside of your personal safety-zone, then what? The songs on NAON explored what happens or what changes are made within a person when they suddenly become a vagabond in their own body, no familiar home, nowhere to rest. It's a study of people dealing with varying degrees of identity-re-evaluation.....

With the bands latest, Eats Darkness is also a concept album, perhaps more obviously. The very title "apostle of hustle eats darkness" mocks the omnipresent and utterly common advertising slogan. Do this! Be more desirable! Make others like you!? If they were selling anything, it'd be "eat darkness - you'll feel better". Not exactly, but there is an alchemical process at work here. Transformation does have its costs. You can't expect to feel better about life right away, can you? Why eating darkness? How is that supposed to help? Lets go back to the old idea of the shaman; the one who cures by ingesting the poison itself; he is the one who has been the sickest and thus has the skills to know how to travel back and forth between states. He suggests, eating darkness will be the cure of your darkness. Its very traditional. William Blake: "The road of excess leads to the palace of wisdom". Swallowing poison usually leads to death, but not if the patient knows the art of transformation, not if they can "stomach" the bullshit & hell that is surrounding and tormenting them. This then is the process - one eats darkness & somehow is able to excrete out pure light!