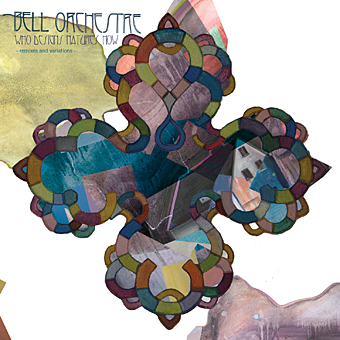 Who Designs Nature's How

Buy Who Designs Nature's How

Stream Who Designs Nature's How 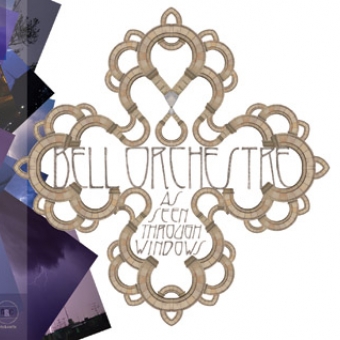 As Seen Through Windows

Buy As Seen Through Windows

Stream As Seen Through Windows

Montrealï¿½s Bell Orchestre, who announced their signing to Arts & Crafts last month, are now set to release their sophomore full-length, As Seen Through Windows, on March 10. The nine-song full-length is filled with stunning, lush instrumentation, and builds off where their acclaimed, Juno nominated, 2005 debut, Recording A Tape The Colour Of Light, left off.

Recorded with John McEntire (Tortoise/Sea & Cake), As Seen Through Windows continues the sextetï¿½s exploration of various classical styles and non-traditional musical forms to create a panoramic soundtrack, expansive and enveloping, both challenging and pleasurable to the listener.

View Archived Tour Dates
Drawing its six members from diverse musical backgrounds, Bell Orchestre has come together to form one of the most cohesive and intuitive bands making music today. It's as if the group as a whole has tapped into a very particular, very distinct energy: like that of an approaching storm. To say they are an instrumental band is like saying El Greco was just a painter, or Frank Gehry just builds museums: it fails to capture their essence. In many ways, Bell Orchestre is the sum of not only its parts, but the sum of its influences and inspirations. Among those influences can be listed such diverse artists as Lee "Scratch" Perry, Arvo Port, The Penguin Cafe Orchestra, and Talk Talk. But like all great artists, Bell Orchestre have taken their disparate inspirations and processed and transformed them into their own work, so that it no longer sounds like a collection of influences; it sounds like nothing other than Bell Orchestre.

Bell Orchestre has been known to retreat into the woods to make and write music together. From a residency at the Banff Centre for the Arts, to the forests of Quebec and Vermont, and back to their hometown of Montreal: the specifics of time and place, the elemental forces at work outside, and those forces that exist inside, all come into play within Bell Orchestre's musical process. And while this music could be made by no one else, at no other time in history, it defies easy categorization and becomes universal and timeless.

As Seen Through Windows, Bell Orchestre's second release, was recorded with John McEntire at his Soma Electronic Music Studios. The result is at once fierce and beautiful, delicate and dirty. McEntire's extensive studio knowledge and attention to craft provided Bell Orchestre with a kind of bridge, spanning the diversity of their sound to create a richly layered and sonically expansive recording; a recording that closely mirrors Bell Orchestre's very process of making music. Opening with the distressed sound of muted and distorted horns, strings and drums-an almost monstrous sound, the album effortlessly shifts into an elaborate and soaring movement, sometimes edging close to fragility, sometimes on the verge of exploding, but never once faltering nor threatening to lose its way.

The experience of listening to Bell Orchestre, whether live or recorded, is almost that of experiencing a form of synaethesia: the result is a collage-like construction of not just sound, but visual elements as well. From a herd of elephants to that approaching storm on the horizon, from a quiet forest in the country to ice forming on a city street, from watching vapour trails disappear in the sky to watching the changing light of dusk through a window. The result then is not so much cinematic as it is evocative: Bell Orchestre have not just written the music to the film, they have, by some sort of alchemy or magic, created an invisible film that only comes to life in the listening.

Bell Orchestre is: Richard Reed Parry (Arcade Fire) - upright bass/keyboard/percussion; Sarah Neufeld (Arcade Fire) - violin; Stefan Schneider (The Luyas) - drums/percussion; Pietro Amato (Torngat, The Luyas) - French horn/electronics; Kaveh Nabatian - trumpet/melodica; and, Mike Feuerstack (Snailhouse) - lap steel guitar. For their 2009 tour dates the band will be joined by Colin Stetson (The Sway Machinery) - Clarinets, French horn, trumpet and bass saxophone. In 2006, their debut CD, Recording a Tape the Colour of the Light was nominated for a JUNO award in the category of Best Instrumental Album. Also in 2006, the band collaborated and performed with Edouard Lock, founder/choreographer of LA LA LA Human Steps, in celebration of the legendary dance company's 25th anniversary. Bell Orchestre has toured extensively, playing as far a field as Lithuania and Dawson City, Yukon. As Seen Through Windows is distributed internationally by the Arts & Crafts record label.