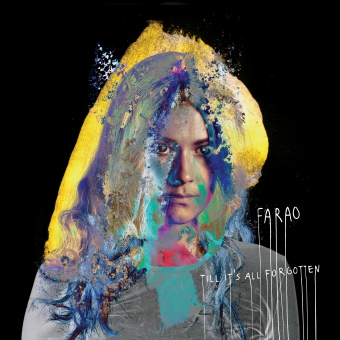 Till It's All Forgotten

Buy Till It's All Forgotten

Stream Till It's All Forgotten 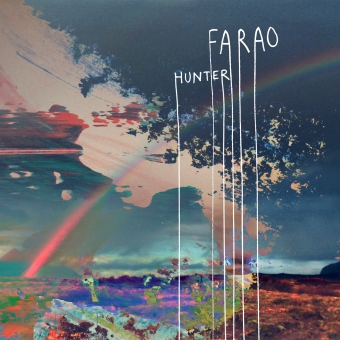 One hour of your time

And I’ll make you mine…

Till It’s All Forgotten arrives with the conviction of a threat, and the grace of vengeance. Farao – musical identity of Norwegian singer, songwriter, and musician Kari Jahnsen – delves into the liberation of her debut album. Till It’s All Forgotten is an artistic statement wrought with intense emotional and musical craft, marked by Jahnsen’s determination to conquer, to wrestle desperation from the still water of apathy.

Hailing from Ulnes, a village of 500 people in the Nordic mountain valley of Valdres, Farao makes enchanting and adventurous pop music, tinged with celestial electronics and earthen orchestration. The now London-based Farao’s songs bear a vibrant surface beauty while taunting the depths within, reflecting the dramatic yet serene environments of her remote origin.

“Hunter” is transitive indie rock dashed with starry electronics, touted by NPR’s Bob Boilen as “ethereal” and “unpredictable”, and by The Line of Best Fit as “quietly arresting and extremely moving”. Jahnsen’s voice pierces through cascading synths with her icy pitch gliding over mournful harmonium and brass: I’ll track you down and shoot you like a hunter, Farao sings, as if for sport, with crosshatch precision.

The brooding “Bodies” thunders over rugged terrain, its knotted path smoothed by Farao’s angelic, stoic voice. Warning bells as loud as thunder toll Jahnsen’s tales of self-reckoning, the complacency and certainty of degradation, and the battle to find a ray of light, while finally forcing an opening.

Farao’s music is a rare example of its sonic elements perfectly interpreting its emotional themes – and the dramatic range of Till It’s All Forgotten is broad. The hypnotic “Fragments” chases a soft mantra: Sharpen the blade with the rough part of the stone, repeated in thoughtful patterns with echoic piano and a sensual R&B beat. The spacious and elusive “Maze”, and the maritime balladry of “Anchor” further capture the versatile palette of Till It’s All Forgotten.

Jahnsen took to Iceland in Spring 2014 to record her first album, following the acclaimed self-titled EP of earlier that year. Working intuitively with producer Mike Lindsay (of London experimental band Tunng), Jahnsen was free to make bold artistic decisions without reservation. A studied musician, Jahnsen composed and performed all instruments except brass and drums on Till It’s All Forgotten’s ten songs, creating a suite of music that is otherworldly and entirely her own.

Distanced from the competitive energy of London, sprung into the perpetual daylight and creative community of Reykjavik, Farao conjured the beautiful, textured universe of Till It’s All Forgotten, with its masterful arrangements, boundless sonic atmosphere, and Jahnsen’s seductive lilt. Mixed by Grammy Award winner Andrew Scheps (Hozier, Lana Del Rey, Cass McCombs), Farao’s wonderful debut slides from the siren urgency of its title track to the militaristic stance of “Warriors” without seams.

On album closer “Are You Real?”, Farao settles into a paradigm shift: a moment of clarity, a jump in perception. The song spirals upward with joyful pump organ and shimmering percussion. Farao’s voice, its whole chorus of characters, chants in wonderment at the suddenly visible truth: our greatest struggles are often a part of our imagination, and our imagination is the only way out.

… Till It’s All Forgotten