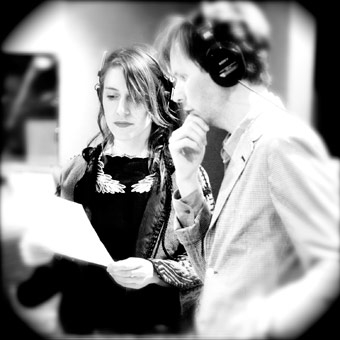 How Come You Never Go There (Remix By Beck)

Buy How Come You Never Go There (Remix By Beck)

Stream How Come You Never Go There (Remix By Beck) 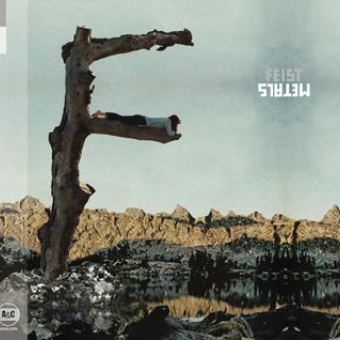 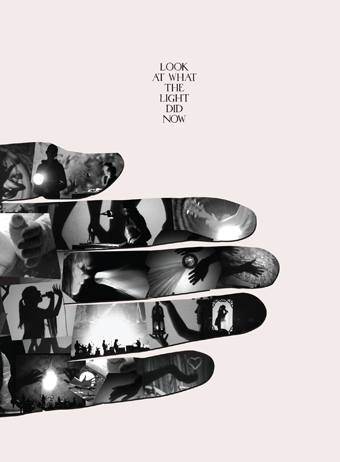 Look At What The Light Did Now

Buy Look At What The Light Did Now

Stream Look At What The Light Did Now

Three years after Canadian singer-songwriter Feist catapulted to international recognition with the release of her multi Juno Award-winning, Grammy-nominated album, The Reminder, comes an intimate window into the process of its creation and the cast of characters whose creative unions made the work both possible and completely unforgettable.

The film follows Feist and her supporting cast through an impressionistic array of flickering scenery, echoing stadiums, puppet workshops, the red carpet, a crumbling French mansion, definitive concert performances and uncommonly candid interviews. Itself a part of the creative mosaic it portrays, Look At What The Light Did Now illuminates the synergy of collaboration, art as magnifying glass, and the power of trust.

Accompanying the DVD will be a 13 track CD featuring select songs from the original soundtrack, reinterpretations, and rare and exclusive live performances 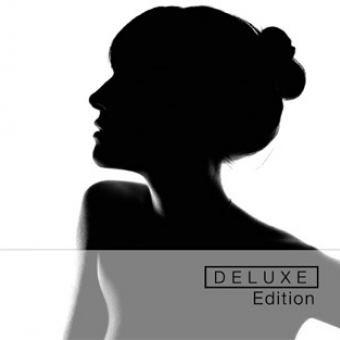 
Feist's worldwide multi-Platinum album, The Reminder, will now be available as a deluxe edition featuring key remixes (some of which have never before been available commercially), and duets with Mocky and Constantines. 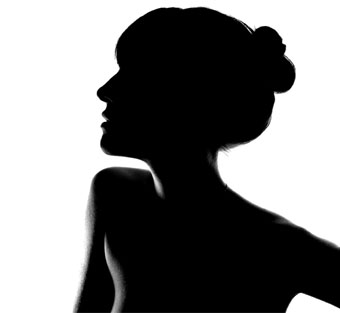 
The Reminder: Bonus Content features key remixes (some of which have never before been available commercially) from Feistï¿½s worldwide multi-Platinum album, along with duets with Mocky and Constantines. 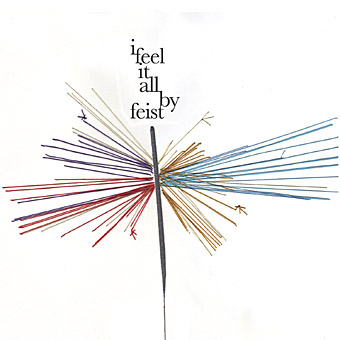 I Feel It All (Remixes)

Buy I Feel It All (Remixes)

Stream I Feel It All (Remixes)


Feist is back, this time with fireworks, on her new hit single, “I Feel It All.” The I Feel It All remixes album includes the original album version of the song, plus remixes by Britt Daniel (Spoon), Escort and Gonzales. 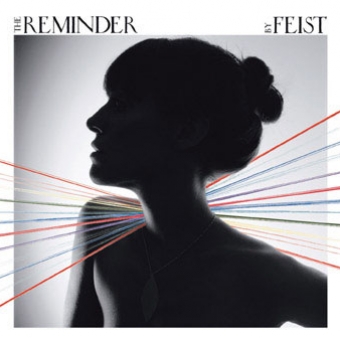 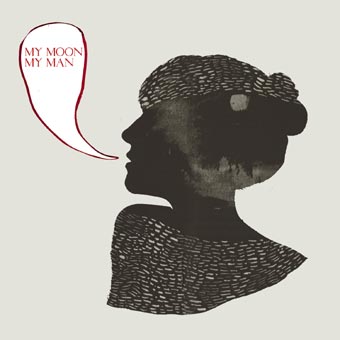 My Moon My Man EP

Buy My Moon My Man EP

Stream My Moon My Man EP


Available on 10" vinyl and at GalleryAC, iTunes, Puretracks and other fine digital retailers, the EP includes the first single "My Moon My Man", as well as the dance-floor ready Boys Noize Classic Remix as well as the shimmering, plaintive "The Water". About the single, Stereogum says, "it's restrained, sexy, and has us expecting good things from the record." 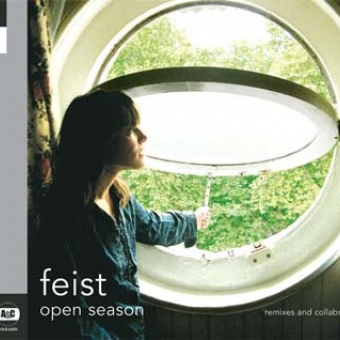 
Feist's Open Season features additional music and honed hidden gems that have up to now, been left hanging in suspension... remixes and collaborations from GONZALES, MOCKY, APOSTLE OF HUSTLE, THE POSTAL SERVICE, K-OS, FRISBEE'D, READYMADE FC, JANE BIRKIN, DO RIGHT, AND VV. From intimate demo and acoustic versions of songs, to dance and rare groove remixes, collaborations with other singers, covers of her material and even songs Feist recorded that didn't originally make it on Let It Die, these creations have finally found a home. 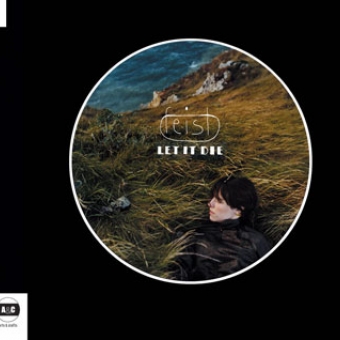 
Let it Die forms the missing link between ye old folk (storytelling), the Brill era (the quest for the hook), doo-wop (melody and mood), and minimal pop arrangements.

View Archived Tour Dates
For nearly a decade, Leslie Feist did not stop moving. Her 2004 Juno award winning album Let It Die led right into 2007's The Reminder, which earned her four Grammy nominations, six Juno wins, the Shortlist Music Prize, and the opportunity to teach Muppets to count on Sesame Street. She made her Saturday Night Live debut and toured the world. She covered an album with Beck, recorded with Wilco and watched Stephen Colbert shimmy in a sequined "1234" jumpsuit, and made a documentary about her visual collaborators on The Reminder. And then, finally, after the seventh year, Feist rested.

"There's a lot of output on tour," she says. "and in the downtime afterwards I was a sponge-I was trying to absorb as much as I put out for seven years. I was being still and trying to learn how to be quiet and remember that silence isn't aggressive," she adds. "Sometimes after being in a lot of noise and movement, silence and stillness can seem completely terrifying."

When Feist was ready to make music again, she had very different ideas about how to shatter the quiet. "I had played so many shows with such care, I really wanted to turn up again," she says, referring to her early days as a guitarist in punk and rock bands. She wrote the album over 3 autumn months in 2010 in a tiny garage behind her house, after a year away from the spotlight. While the lyrics she has crafted often have an affectingly melancholic undercurrent, the arrangements, in which Feist ups her reputation as a guitarist, unfailingly lift the ear out of melancholy and into inspiration.

In January 2011, her longtime collaborators Chilly Gonzales and Mocky arrived in Toronto to arrange 12 songs that would become her fourth studio album, Metals. The trio spent a frigid month "Trying to sound like we had played together as long as we'd collectively known each other, around 50 years," then decamped for California's rugged Big Sur coastline to record them."Recording can be a weightless free float from your day-life, and I like to pick places with certain fertile qualities that can give me a visual hook that I'm there to do something other than what I would otherwise do. And that clean line between land and sea, the graphic edge of the continent pointing out towards the east?. meaning not the Atlantic "next stop Europe" feeling, but "next stop somewhere you've never been." Feist says. "Plus, you are somewhere that looks completely unfound and yet it's been so perfectly recorded literarily. Steinbeck made 1000 albums there! Henry Miller and Anais Nin probably considered that line between land and sea, too. And on top of it, we truly found the perfect room to build a studio in, perched on the cliffs. A giant empty space." The songs Feist and her band-Gonzales, Mocky, percussionist Dean Stone, and keyboard whiz Brian LeBarton-laid down over two and a half weeks in Februaryplumb different emotional paths than her previous work. "Time passes, time grabs you as it goes past, and then it changes you. You begin to catch patterns." she muses. "I feel a little bit more like a narrator now. Rather than saying, here's my truth, I'm able to say, here's something I've just observed to be true. Which depending on the day can also be absolutely not true. There's less certainty with time, as much as you'd assume the opposite to be the case."

Metals is not a reaction to The Reminder, but Feist did learn a few lessons playing her acclaimed album's songs night after night. "On [The Reminder's] 'I Feel It All,' to have a chorus, 'Ooh I'll be the one who'll break my heart/I'll be the one to hold the gun'- you sing that 300 times and eventually the universe listens. Okay, sure, we can do that for you. So this time I wanted to cast the spell 300 times saying something that's more of an observation, or adages and morals that you find embroidered in junk shops. 'A stitch in time saves nine' or 'pretty is as pretty does'. Good people can act badly. You can get things right after getting them very, very wrong. Maybe there's a reason those things are chosen to pass down as a sort of folk wisdom... they're just the truths that people noted long enough to get out their embroidery needles."

Metals' songs range from low rumbling and moody ambiences to brutal and intense, as if it sonically maps the fog rolling in and the resulting cracking of thunder. "There's a lot more chaos and movement and noise than I've had before," Feist says. "I allowed for mistakes more than I ever have, which end up not being mistakes when you open things up and make room for them. It was about un-simplifying things and leaning on these masterful minds I have so much respect for. We were sort of testing the air, like a sea captain licks his finger to see which way the wind is coming from. It was less Brill Building and more naturalistic."

Some of the results wound up being more intimate portraits of relationships, like "Get It Wrong, Get It Right," which Feist describes as "a slideshow of a season in a place and the seasons between two people." But more often she found herself gravitating to the universal. "It's a calm declaration, 'We hold these truths to be self-evident...'" she muses. "After everything settles there's really no blame to be laid in a lot of these situations. People are being their true selves, everybody is in their story trying to get to the next chapter. There are good times that are as good as the bad times are bad."

Brainstorming along those lines helped lead her to the album title Metals. "I was thinking about quiet, raw, dormant ore versus the highly engineered result of forging that into skyscrapers," Feist explains. "and by the same equation, there's the way you feel versus the way you wish you felt. The raw material is one thing and what our minds turn it into are completely different states. Also, it echoes the word "mettle, as in, a man proves his mettle by how his fortitude carries him through from raw act to reaction."

Sonically, Feist and her tight-knit crew strove to forge a connection between the future and the past. "There's more interest for me when you overlap histories, you know? When you use the modern facts and advantages of when we're living to bang on things and break things." she says. "There's a bunch of human yelling into the air together, all this group singing that's all over the record, that felt ancient. And (keyboardist) Brian LeBarton really deepened our access to this modern-ancient concept. He has this amazing ability to make modern synthesizers sound extremely ancient. And he can make a celeste, which is basically a harpsichord, sound like it's from Bladerunner. He glued the arrangements Mocky and Gonz and I had made together, truly."

Ultimately, Metals' aesthetic has a deliberate patience, elemental wildness and natural beauty that echoes Feist's new found observations on time. "I read a National Geographic article about soil and modern farming," she says. "The point is for food to grow, the point isn't for it to grow all at once and never grow again. Soil does its job, but unless you let it rest it can't regenerate its own minerals and do the same thing again. You just have to let it lay there under the sun, dry out, get rained on and be still a little while." That she did. And now she's back.