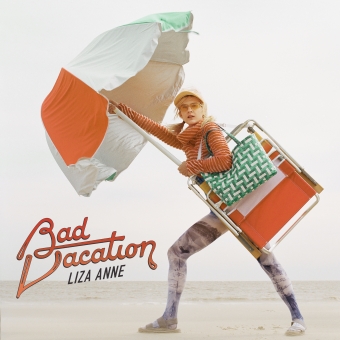 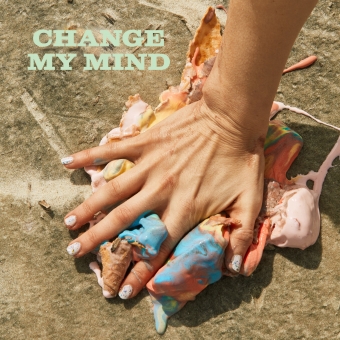 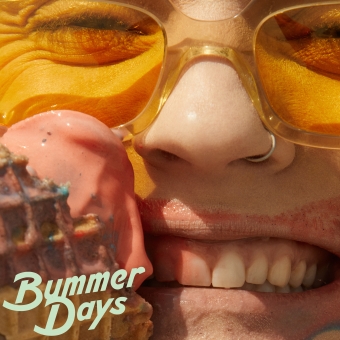 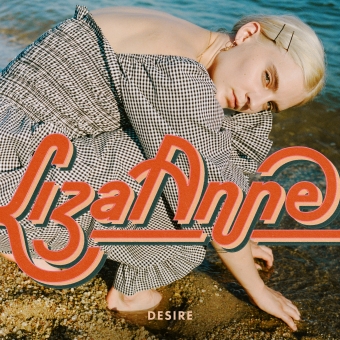 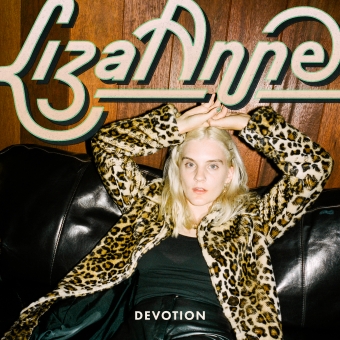 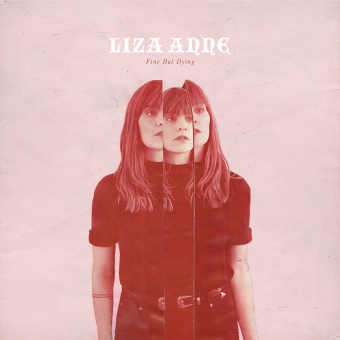 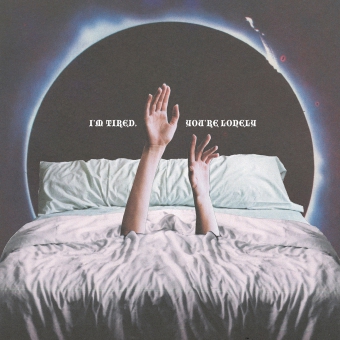 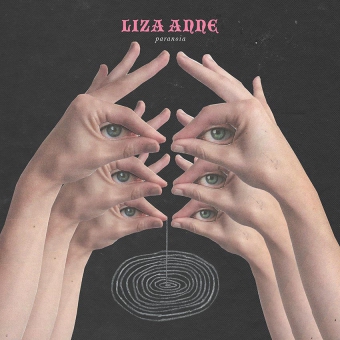 With her bold and bracing new album, Bad Vacation, Liza Anne hasn’t just shaped her liberation, she’s completely reinvented it. The record is defiant and thoughtful, showcasing a remarkable confidence as it tackles destructive habits and finds Liza at her most self aware yet. “I was writing what I needed to hear,” Liza explains. “I was writing what I needed to feel. I was quite literally writing a stronger, more empowered version of myself into existence.”

Bad Vacation marks a remarkable development in her sound and vocal performance - a collection that calls to mind everything from St. Vincent and Sleater Kinney to Kate Bush and Talking Heads. The latter, Liza discovered during the period when she was mixing the completed album, “I had never listened to David Byrne before and somewhere in the last few days of production, someone made a note of a Talking Heads reference. This always happens to me - people say “you remind me of ___” and it spurs a rabbit hole of music discovery I didn’t experience when I was younger. I spent three days diving into old interviews, watching live sets of his American Utopio tour, taking notes of choreography and feel. I felt like I was watching where I want to be when I’m older. It opened up a whole new realm of possibility.”

Raised in the quaint, sheltered community of Saint Simons Island, GA, Liza first discovered songwriting at sleepaway camp, when a guitar class inspired her to add melodies to her notebooks full of poetry and prose. As a teenager, she moved to Nashville for college, and by the time she dropped out, she’d already self-released a pair of albums that would go on to generate more than 50 million streams. While those early records were stripped-down and delicate, Liza’s breakout 2018 Arts & Crafts debut, Fine But Dying was a force of nature, a fiery, unapologetic, and radically honest reckoning with womanhood and mental health in the modern age. NPR called the record “bold in both sound and subject,” while Stereogum raved that Liza’s “melodies are obscenely catchy and her lyrics bite with honesty.” Liza also made her national television debut on Conan, which led to sold-out runs with Kacey Musgraves, and prompted Paramore to invite her to join the bill for their inaugural Art + Friends festival.

“The two years that the band and I spent touring Fine But Dying were amazing, but they were also incredibly difficult,” she reflects. “It was a heavy record, and one that was so important in my development to make.” Liza was reliving the pain of the songs every night onstage, in an emotional loop. She was also recently fresh out of an exhausting relationship that had taken a considerable toll on both her physical and mental health and she found herself often at her lowest, behaving in a way she learned to be destructive. “I was a wreck, I didn’t know how to slow down long enough to catch up with myself - much less, heal. Rather than leave the relationship and turn back to myself, I left the relationship and was desperate to find emotional safety in someone else. It felt better to have someone outside of me show me love than sit with myself long enough to learn how to show myself love. I was on a bender for emotional safety, not knowing that I could be my own healing space.”

Liza began taking a new approach with her writing, meditating not on what she saw in the mirror, but on what she wanted to see in the mirror.  She underwent intensive therapy that led to painful reckonings and valuable epiphanies, she worked to write her way out of the panic and anxiety that had plagued her for as long as she could remember. She crafted the kind of tunes she wished she’d had at her lowest, odes to autonomy and survival and self-respect.

Singing to her past selves throughout the record, Liza shares hard-won wisdom and offers a lifeline to anyone living through their own similar tumult. The dark humored title track illuminates the path to freedom from an emotionally abusive relationship. “I Shouldn’t Ghost My Therapist” slows down and takes inventory and “I Wanna Be There” reflects on the emotional impact of physical spaces.

Bad Vacation showcases Liza at her lyrically most accomplished and acutely self aware. Sharing, that like all of us, she’s still a work in progress. She pleads “I wanna feel like I can get out of my own way,” on the rousing, “Bummer Days.” She confesses “Thought I could run but no matter where my body is, I still have the same damn brain,” on the breezy “Terrible Discovery,” and on “Change My Mind” she recognises, “I really hate to change my mind, but if it’s gonna work this time, i’ll let you change it.”

The album was tracked in Kyle’s studio, Wardenclyffe South, in her home of Nashville, with her touring band (guitarist Robbie Jackson, bassist Josh Gilligan, and drummer Cody Carpenter), who she credits not only with helping her develop the songs on the road, but also with helping her become the woman she is today. Nashville based musician Lou Hayat also creatively contributed to the project, adding french spoken word locals and synth parts. She will also feature as a part of the touring band moving forward. Liza adopted an intentional live feel to the album, “I wanted this record to feel like we feel as a band. A conglomerate of the tones and emotions and influences that make us up. I wanted it to feel like you just overheard us from a few rooms over, doing what we do.”

The record also reflects on moments from her childhood in Georgia, which saw her break away from a repressive evangelical religious environment in her teens to find her own place in the world. She flashes back to the start of that journey with the record’s opening track, a fourteen-second soundscape recorded by her mother of the beach town where she grew up (and where she returned with Brett Warren (photographer) to shoot all of the album’s artwork and Josh Gilligan (videographer) to shoot 8mm film for the Spotify canvases).

“It was amazing to go back to my hometown and to feel so sure of who I am as a human being,” says Liza. “When you’re a kid, you don’t always feel strong and sure of yourself so there was something transformative about revisiting where the original growing pains of childhood happened and being able to be there with a deep sense of self and empowerment. With this record, as a whole, I have felt like I am doing something for my kid-self.”

Liza believes, “If ‘Fine But Dying’ was about accepting what it feels like to be alive in your body, Bad Vacation is about what you can do with that information to feel better and stronger every day,” she says, adding,   “In the past, I wrote a lot about not needing anyone else, about feeling empowered through my independence. But with this album, I realized that letting the right people into your life, into your heart and head and home, that’s one of the most empowering things you can do.”

It takes guts to be your true self with another human being, but over and over again, Bad Vacation demonstrates that the risk is worth the reward. Liza Anne has never been more sure of anything in her life.