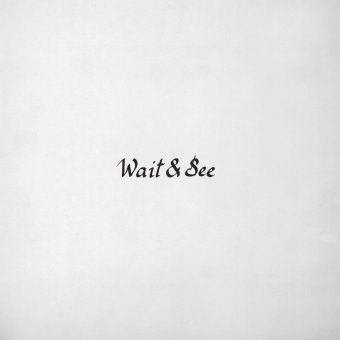 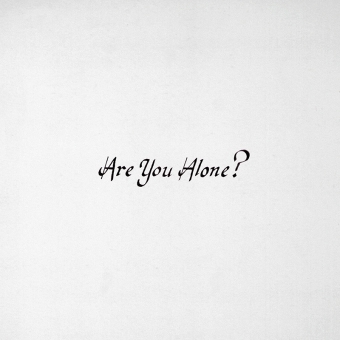 Buy Are You Alone?

Stream Are You Alone?

Building off the solidly-laid visual and sonic foundation of the 2013 arrival Impersonator, the conceptual narrative of Majical Cloudz remains - simple yet emotionally forthcoming lyrics showcasing raw vulnerability, backed by sparse instrumentation and minimalist production. Principal songwriter and vocalist Devon Welsh delivers melancholic but melody driven vocals echoing off elemental tones, praising love and friendship, commiserating over heartbreak and sadness embodied by the lush, synthesized production of bandmate Matthew Otto. Written and recorded between Montreal and Detroit, Are You Alone? features drum, viola and piano support from Canadian composition genius Owen Pallett, known for his work with Arcade Fire, Grizzly Bear, Death from Above 1979, and Alex Turner of the Arctic Monkeys. Coming as no surprise, Welsh and Otto have created another soulful novella, continuing to contribute to the evolution of sound in pop, indie, and electronic music.

Majical Cloudz thrives within the uncomfortable space where the private becomes public. In their early days, frontman Devon Welsh would reduce house show audiences to tears. He now evokes similar catharsis in massive crowds, brandishing only his unabashed, raw lyrics and minimal electronic arrangements. In inhabiting this odd space, whether in a living room or an arena, it's undeniably Welsh's stage. With the 2013 release of the second Majical Cloudz album, Impersonator, these austere, strange songs made an unlikely journey to a massive audience.

The breakthrough song on the breakthrough record is "Childhood's End," a portal into the psyche of a child who loses her father prematurely. The language is indirect, with Welsh supplying much of the necessary pathos with his strained delivery. Matthew Otto's deceptively simple arrangement, based around a piano arpeggio and tasteful strings, matches the story's emotional tenor. For Welsh and Otto, Majical Cloudz is the ultimate standfirst of substance over style, a clear attempt to eschew tired genre conventions. They attempt to create a place “where the music isn’t overstuffed sonically or referentially, it’s emptied out as much as possible.” Pitchfork ranked I mpersonator at number eight on its Best Albums of 2013 list, with “Childhood’s End” cracking its Top 30 songs of the year and the record coming in at #48, in its ranking of the Best Albums released between 2000 and 2014.

One would be forgiven in picturing the ascetic Welsh as "a prophet of urban decay and alienation," but in so doing, you'd miss a knack for absurdity. He's a prankster "song­and­dance­man" following in the tradition of his hero, Andy Kaufman. In her feature length profile for P itchfork, Jen Pelly discussed this mirthfulness, saying "For Welsh, being vulnerable and being a clown are different sides of the same coin, and this is paramount in how he pulls off his incredibly stark performance style, diffusing the self­serious energy with strange banter or unexpected shenanigans." After being hand­picked by Lorde to open her big shed tour, Welsh employed this gallows humor, saying “At least if we bomb, we’ll have bombed in front of the most people we could have ever bombed in front of.” By all accounts, they did not bomb. Hearing their compact sound expand to fill arenas inspired them to scrap what they had and being anew on their third, Are You Alone?

The record was mostly completed in winter 2014 and features the string arrangements of Owen Pallett. It’s the duo’s greatest, most concise work to date. Mirroring the cold city in which it was created, the arrangements on A re You Alone? are skeletal like December trees, but Welsh’s voice acting the fire within the cold of night. “Downtown” slots into the canon of sad party songs. He exhales “We’re going downtown, we feel like running around. Is it really this fun when you’re on my mind? Is it really this cool to be in your life?”

The concluding lyrics of live favorite “Call On Me” lay a roadmap for life after the band for Welsh, Otto and the family they’ve gathered. “I’m your friend ‘til I lie in the ground...like a long ending of a movie I’ve seen... I remember how it ends. We survive, and the audience sighs.”