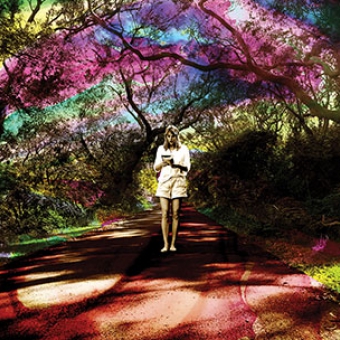 Hey Daydreamer is Sally Seltmann's fourth album for Arts & Crafts, following up 2010's Heart That's Pounding, and two titles under the moniker New Buffalo. With Hey Daydreamer, arguably her most vibrant and fully realized album to date, Sally set out to create a collection of songs that express the full spectrum of human emotion - songs that tell stories of luscious soundscapes wrapped tight around the heart and soul. The album was produced in collaboration with her husband Darren Seltmann (The Avalanches). Sally and Darren recorded the album's wide array of instrumentation in their attic studio, including the contribution of many friends and guests. 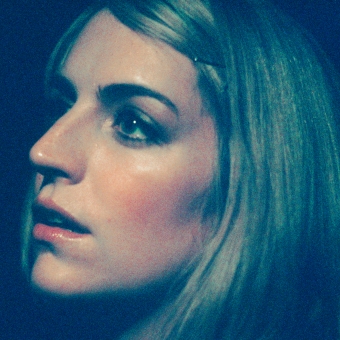 Australian-based Sally Seltmann is an award-winning songwriter and singer who formerly recorded and performed under the name New Buffalo. Arts & Crafts has announced her first full-length under her own name titled, Heart That's Pounding, available Spring, 2010.

Seltmann, who is perhaps best known in North America as the co-writer of the hit song "1234", performed by Feist, is an APRA Award Winner (Australian Grammys/Junos), and has released two acclaimed full-lengths as New Buffalo. She has also toured Europe, North America and Australia with such artists as Cat Power, Feist, Bright Eyes, Stars, The Concretes and Broken Social Scene, just to name a few.

The album's first single, Harmony To My Heartbeat is a colorful love song. Co-produced by Seltmann and Francois Tetaz (Architecture in Helsinki), the song is as immediate as it is universal. The track is available as a digital single starting today.

Previous recordings by Seltmann include the debut New Buffalo album, The Last Beautiful Day (2005), which featured performances from Beth Orton, and the Dirty Three's Jim White, who plays drums on three of the tracks. In 2007, Seltmann released her stunning second album, Somewhere, anywhere. She wrote and recorded the songs on a century-old piano, in a studio she set up inside a flower-flanked shed in her own backyard. The album features guest vocals from her husband Darren Seltmann (The Avalanches) and Kellie Sutherland (Architecture in Helsinki).

Seltmann has made fans of such of artists as Jens Lekman, who she duets with on the track Inside (The Corrections). More recently Bon Iver has covered New Buffalo's Emotional Champ, from her Somewhere, anywhere album. 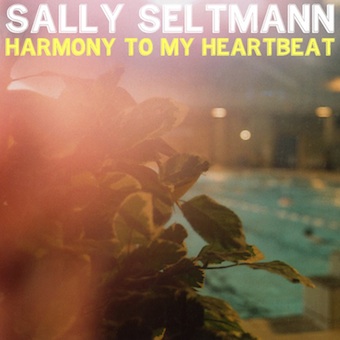 Harmony To My Heartbeat

Buy Harmony To My Heartbeat

Stream Harmony To My Heartbeat


Sally Seltmann is an award-winning songwriter and singer. She has previously released albums and performed under the name ï¿½New Buffalo,ï¿½ and is well known as the co-writer of the song ï¿½1234,ï¿½ performed by Feist. Sally now returns with ï¿½Harmony to My Heartbeat,ï¿½ the first single from her new album. Co-produced with Francois Tetaz (Architecture in Helsinki, Lior), ï¿½Harmony To My Heartbeatï¿½ is an emotional, uplifting pop song. Full-bodied and joyous in sound, it is Sally's most vibrant work to date. As immediate as it is universal, "Harmony To My Heartbeat" is a colourful love song that Arts & Crafts will release the digital single on December 1. Previous recordings by Sally as New Buffalo include her first New Buffalo album, The Last Beautiful Day, which features performances from Beth Orton, and the Dirty Three's Jim White, who plays drums on three tracks on the album. In 2007, Sally released her stunning second album, Somewhere, anywhere. She wrote and recorded the songs on a century-old piano, in the studio she set up inside a flower-flanked shed in her own backyard. The album features guest vocals from her husband Darren Seltmann (The Avalanches) and Kellie Sutherland (Architecture in Helsinki). As New Buffalo, Sally has toured in the UK, USA, Canada and Australia, performing her own shows, as well as supporting artists including Cat Power, The Concretes, Broken Social Scene, Bright Eyes, Stars, and Feist. She is currently putting the finishing touches on her new album, due for release in April 2010. 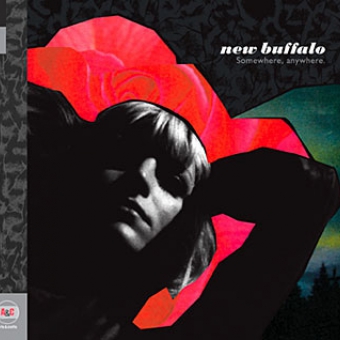 More than two years since the release of her much loved debut album, The Last Beautiful Day, Sally Seltmann, AKA New Buffalo, returns with her stunning second album Somewhere, anywhere. Already receiving accolades in Australia, Somewhere, anywhere is set for release on August 28 in North America. Seltmann is a soft-spoken songstress from Melbourne. Her last album was named one of the Top 50 Albums of 2004 by Rolling Stone. She also penned the song "1234," the debut single on Feist's new album, The Reminder. For the recording of Somewhere, anywhere, she moved to a sleepy, coastal town near the Great Ocean Road, and decided once again to record and produce the album herself. The songs were written on a Thurmer piano that's been in the Seltmann family for over 100 years. "I see the album as embracing the concept of opposite experiences, and contrasting moods: the innocent, naive and colourful, versus the dark, intimate and secret-like," says Seltmann. "The yin and yang in life. The highs and lows. The ego and the shadow. The masculine and feminine." 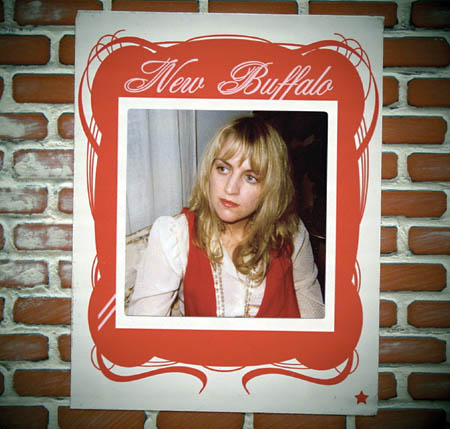 A collection of unreleased songs and reworkings of material from The Last Beautiful Day, including a version of Inside featuring Jens Lekman and a new Broken Social Scene remix of I've Got You and You've Got Me. 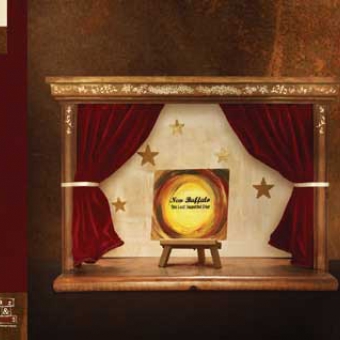 View Archived Tour Dates
When Sally Seltmann began writing for her album Hey Daydreamer, she knew she wanted to create a collection of songs that express the full spectrum of human emotion. Songs that tell stories, combined with luscious soundscapes that wrap right around your heart and soul, Sally has created an album that makes you feel like you could completely lose yourself to the music.

From album opener "Hey Daydreamer", a circus-like waltz on longing to return home, through to the tender closing track "States and Spaces", each song has its own cinematic quality, making the album as a whole a thrilling and emotional journey.

"A dark fairytale for grown ups," is how Sally describes her song "I Will Not Wear Your Wedding Ring", while "Billy" tells the story of a woman lamenting the loss of her beloved man. In between there are moments such as "The Small Hotel" with its hopeful mantra and gypsy-folk melodies, where Sally references the optimism and inner-strength that exists within the human psyche.

Sally chose to record the majority of the album at home in her attic studio, working closely with her husband Darren Seltmann on co-production. "Darren has such a unique sensibility and vision," Sally says. "I felt so honored that he wanted to make this album with me."

Together Sally and Darren created a wild orchestral palette, with Sally recording the piano parts on her lounge room piano, as well as contributing synth, organ, guitar, bass & percussion to the recordings. The album also features a huge cast of guest players: incredible percussion performances from Bree van Reyk, beautiful pedal steel guitar by Michel Rose, plus all manner of horns, harps, and strings.

Sally Seltmann's previous albums include the 2010 Australian Prize shortlisted album Heart That's Pounding, and two critically acclaimed albums as New Buffalo (The Last Beautiful Day, and Somewhere, Anywhere). Sally is also a member of Seeker Lover Keeper and is well-known for having co-written Feist's hit "1234". Sally's songs have been covered by several artists, including Bon Iver.