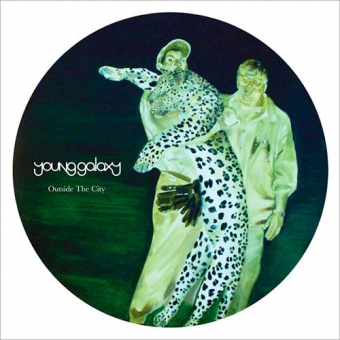 Buy Outside The City

Stream Outside The City 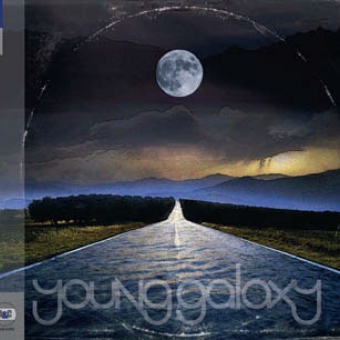 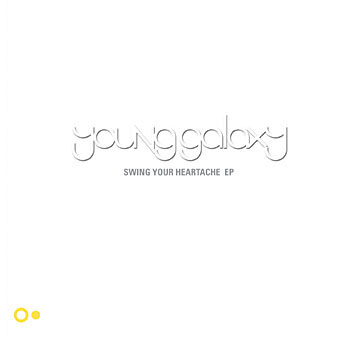 View Archived Tour Dates
For their third LP, Young Galaxy gave themselves away. Shapeshifting's 11 new songs, lithe and mesmerizing, were completed at home and then sent away, across the ocean, to one of the world's most acclaimed and secretive producers. For nine months, Dan Lissvik, half of the Swedish duo Studio, curved and refashioned these tracks; he made and remade them. ..

In October, Lissvik sat down at his computer in Gothenburg. Stephen Ramsay and Catherine McCandless sat down at theirs in Montreal. And across 3,500 miles, Skype-ing with a friend they have never met, Young Galaxy heard their third album for the first time.

None of this was an accident. Young Galaxy first contacted Lissvik during the making of 2009's Invisible Republic, asking him to mix one of its songs. They were fans of his work with Studio, his remixes for acts like Fever Ray and Kylie Minogue. But although Lissvik's mix wasn't the right feel for the epic, rocking Invisible Republic - he "deconstructed the band", recalls Ramsay, - his vision of Young Galaxy stayed with them. When the dust from the record had settled - barely - the group already knew what they wanted for LP3. They knew - and they didn't.

Young Galaxy were changing. "We came into the business with great innocence and a big- hearted approach, and we felt a little duped in the end," recalls Ramsay. First their self-titled debut, released by Arts & Crafts in 2007, was not the smash their label had hoped for. "To be told we were a losing endeavor, economically, was very hard to take." Scalded by that experience, they released Invisible Republic on their own. "We went independent and kind of said 'Fuck you' to a certain kind of success, but we were also trying on a certain musical trajectory. " If Young Galaxy was a big indie rock record, Invisible Republic was even bigger. "It was all or nothing."

Invisible Republic garnered a Polaris prize nomination, gigs with Arcade Fire and Stars. But almost as soon as the album was finished, the band were seeking something else. "At a certain moment you tire of yourself," Ramsay says. "I could see it coming. I could see it coming and I hated that. There is no worse idea to me, in art, than to make something for the purpose of making a living." By the end of those tours, in a year filled with brutal personal loss, Young Galaxy were not the same band, were not the same people. Their art had to reflect that. "We let go, rather angrily, of something we had hoped for," says McCandless. "And because we were not what we hoped to be at that point, we let the process teach us what we actually were, instead."

Young Galaxy made Shapeshifting. They wrote songs, at home, songs with coo and shift, informed by the Eurythmics, New Order and Fever Ray. "Instead of picking up a guitar and finding the most beautiful melody we could," Ramsay says, "we tried to erase the shape of the songs." They wrote songs without verses and choruses, songs that were subtle, not epic; with software synths, scraps of Stephen Kamp's sinewy basslines, they made music that was impressionistic, esoteric, almost unrecognizable. As a singer, McCandless was inspired by the wild "monstrousness" of Kate Bush, Annie Lennox and Grace Jones. "The only mantra we had was, 'Let's not fill all the space in the songs.,'" Ramsay explains. "Let's let the space be as important to the songs as the sounds we put in there."

In January 2010 they sent these songs to Lissvik, across the sea, and almost every day they spoke over Skype. Young Galaxy had never met their producer (and still never have), and he was not even a face on a screen - he was invisible, audio only, "the voice in our computer". Some days they talked about music, geography, coffee or astral projection. Some days Lissvik sang a melody down the wire. And sometimes he played a tiny morsel of the album they were making together - just a bassline, a beat, 12 seconds of a mix. But that was all, until that day in October when he said: Here's what we've made.

Now, Young Galaxy are releasing the thing they created together, this risk and collaboration. Shapeshifting is the album Lissvik sent back home - without edits or compromise. It is sparser, stranger than anything Young Galaxy have done before; and more intimate than anything by Studio. "We're not going to do a Bowie - shave our eyebrows and rename ourselves," Ramsay says. "We didn't need to change our name. It feels true to us to be changers." McCandless agrees: "To be the same people, at different coordinates: that feels very natural to me. It's baldly honest of where we're at."