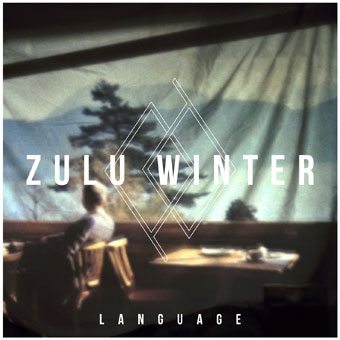 Perseverance and dedication are two things the members of Zulu Winter are very familiar with. The four guys from Oxfordshire, England came together in their teens over a shared love of music and have been collaborating ever since. Now, Zulu Winter arrives with Language, a debut with immediate pop appeal and packed with emotional insight. Inspired by everything from 19th-century literature to obscure '60s electronica, Language was released by Arts & Crafts in North America on June 19th.

View Archived Tour Dates
It's fair to say starting a guitar band is hardly the most sensible career move in 2012.

As any Connexions advisor will tell you, its probably just below astronaut and pope on your list of feasible choices. But for four guys from Oxfordshire - Will Daunt, Iain Lock, Dom Millard and Guy Henderson and their St. Albans pal Henry Walton - there has never been another option. Having played together since they were 15, they've overcome all manner of music industry adversity to get to this point. "I've never even considered anything else," Henry admits. "Playing guitar with these guys is all there's been."

After a few early gigs they had to disband for University. Will went to Dublin to nurture his literary instinct, while Dom and Henry went to Liverpool where they played Johnny Rotten and Steve Jones in tribute band The Next Pistols. Eventually they all found their way to London and, in time-honoured first indie tradition, signed to Fierce Panda for three singles and an EP.

"We were young, hanging out having fun, just banging out tunes rather than thinking about what we wanted to do. Relationships became fractious, and it just wasn't going well," says Dom."So we left our team behind, changed our band name and sat in studios on the City Road and worked at our own pace, away from pressure."

After months of working the record, they finally put two songs on the blog and Zulu Winter became a reality."Suddenly it became this industry feeding frenzy. Every manager in London wanted to speak to us. There was a month where we'd rehearse each day then go out to meet someone in Shoreditch House every evening. We all got very drunk."

Eventually they went with Kaiser Chiefs, The Vaccines and Crystal Castles manager James Sandom. "The thing we love about James is that he takes a band at face value, and says "you are what you are and I'm going to make you as successful as you can possibly be'."

Now, 12 years after they first practiced together, Zulu Winter are finally getting the success they deserve. They're playing sold out shows in UK and Europe, and have already shared stages with Friendly Fires and The Horrors. Their debut album, Language, is more than worth the wait, packed with syncopated dance beats and punchy, melancholic pop. Why all the fuss? Because beneath those confident melodies - and we might add, impeccable cheekbones - is something that's been absent from alternative music for too long: ideas.

"We love the instant impact of pop music. But we also didn't want to write songs that were one-dimensional. All our music exists at different levels." The lyrics on the record follow paths laid by T.S. Eliot's The Wasteland, using his reflections on youth, manhood, old age, femininity, religion, and atheism as a prism on modern life. Musically, much of the ambient expansion beneath the vocal lines is influenced by obscure electronica of 60s Moog pioneer Dick Hyman.

Delve deeper still and you'll discover their cult online presence: Recent highlights from their blog include articles about a new production of Mikhail Bulgakov's The Master and Margarita, an update of the 19th century French literary journal La Revue Blanche and the trailer of classic 70s British horror, The Shout. "We write pop music, that's obvious if you listen to us," says Will. "We just like that element of surprise, that if you listen in different environments you start to hear different things. "It's not like I'm thinking of foreign cinema while I'm drumming," agrees drummer Guy."It's just where our sense of identity comes from. It doesn't mean you're going to write an avant-garde space-pop jazz tune."

They actually shy away from over computerizing and complicating their set up. They insist on live instruments and live sounds during their performance: "What's the point of watching a band when they're just letting off loops? It's like there's four of you standing there, you've got voices, you've got hands. I want to see actions and physicalities that produce sounds," says Dom.

In essence they are a stack of inconsistencies. A box fresh band who've been around for over a decade. Lovers of simple pop hooks who are mostly influenced by experimental electronica and classical literature. Five blokes who have "no intention of being masculine" and would rather be at home with some Hitchcock than "in the pub necking Stella." It shouldn't work. But these contradictions bring depth and longevity to a record that surprises listen after listen.

Zulu Winter don't see why an indie set-up requires lobotomized sloganeering. Indie pop can be subtle and erudite while still tearing out your heart with full frontal melodies. But in these difficult "end of indie" times will that be enough? "We don't have that choice," says Will. "To be in the same band for 12 years is an incredibly difficult thing to do but the one thing it does show is that we have massive belief in each other to do well. None of us are messing about here, we're all pretty ambitious but luckily that fits with what we do. We don't have to compromise anything."

Key to my Heart
The chorus melody to this popped into my head on a very cold morning just before Christmas 2010, and I demoed it that night. I had a rough idea of the beat, but Guy then added the double snares at the close of every second bar, as well as the skips on the rack tom. It's one of my favourite beats on the record; it's minimal but instantly recognizable. The intro was written about a year after the song was completed, and played live for the first time at Brixton Academy when we supported Friendly Fires. It's the most lyrically simple song on the album, in that it's a straight up love song.

We Should Be Swimming
This came right at the end of the writing process. We've all been living and working in London for a while now, and I wanted to write a song about escaping the frustration of a daily city routine. In that sense, the line We Should Be Swimming is a yearning for escape and frivolity. A key moment in the development of the song came in the studio, when Dom was messing around with arpeggiating an old synth he's got, which then became integral to the mid-8 and outro.

Bitter Moon
This is one of the oldest songs on the album and - as songs that lie around often do - has undergone quite a bit of fiddling and re-structuring. However, we stuck with it because the beat and the melody together present a different side to the band that we all agreed was good to have on the record. It's about being a young man, and how confusing, disorientating and glamorous all of the urges that come with that are, whether they be sexual, violent, compulsive, loving or whatever. The title, Bitter Moon, comes from a Polanski film that explores those desires, although his take is predictably more focused on sex than anything else...

Small Pieces
This song came out of a jam, and was then pieced together over the course of a month or so. It's probably the most guitar heavy song on the record, although not in a traditional sense: Henry's drone that runs throughout the verses is almost unrecognizable as a guitar. Lyrically, it was one of the first songs to draw heavily from TS Eliot's The Wasteland, which then became quite a large presence in the lyrics. It deals with what is it to grow old and not have made peace with various aspects of a life lived, whether that be impending death, unresolved relationships, or practical worries.

Silver Tongue
In a similar way to Key to my Heart the melody to this came very easily, and was demoed before the band started work on it. Both the rehearsal room and the studio then improved it dramatically: Henry's chorus tremolo part was conceived at 5am after a very long session, and the random swells in the mid-8 come from Dom and our producer Tom messing around with various bits of old gear. Lyrically, it looks at what it is to be persuasive and charming, and how corrupting that can be.

You Deserve Better
This came out of a riff and beat that Henry and Guy had had for a while. We demoed it, and then spent a long time getting the melody and chord structure together. I was reading a lot of TS Eliot while writing the lyrics - especially The Love Song of J. Alfred Prufrock - and wanted to adopt his sense of beauty, mythology and melancholy.

Let's Move Back To Front
Songs that come out of jams are often the ones that most accurately reflect a band, as they contain an equal amount of each member's character. This was one of those songs, just cropping up one day in the rehearsal room right at the beginning of our writing period: even the chorus lyric came in the rehearsal room. In many ways it provided a template for the record, with its emphasis on mood, groove and space.

Moment's Drift
Quite an old song, this looks at how beautifully short-lived moments of happiness can be, and how we try and hold on to them.

Words I Wield
This is the newest track on the album, coming out of a very short jam we squeezed in at the end of a rehearsal at the close of last year. It's about jealousy, what it can make you believe, and the words it makes you speak, and again takes quite a lot from Eliot.

Never Leave
I wrote this on Christmas Eve at the close of 2010, but it didn't really take anyone's fancy until we'd spent a lot of time on it in rehearsal. Guy's beat and Iain's bass line opened it out, and allowed for the rest of us to take some risks with it, like the noise passage in the middle of the song. People You Must Remember

We've had this track for a very long time now, but it took us re-recording, re-writing and re-arranging it numerous times for it to get to a place that we were all happy with. Originally, it was an all out rock track with big guitars and a stadium snare, but somehow it didn't feel as though we had done the song justice. It's quite dark lyrically, in that it looks at the anger and violence young men are capable of, and I think that jarred with the obviousness we were originally injecting into it. Eventually, we took it back into the rehearsal room just before Christmas this year and stripped it right back, making it feel a lot closer. The snare was recorded with a jumper over it to deaden it, and the vocal is one take done very late at night. I don't think any of us aside from Henry really thought it was going to work - it's hard changing a song drastically when it's been fiddled with so many times before - but by the time it was sent to mix it was obvious we had something special.