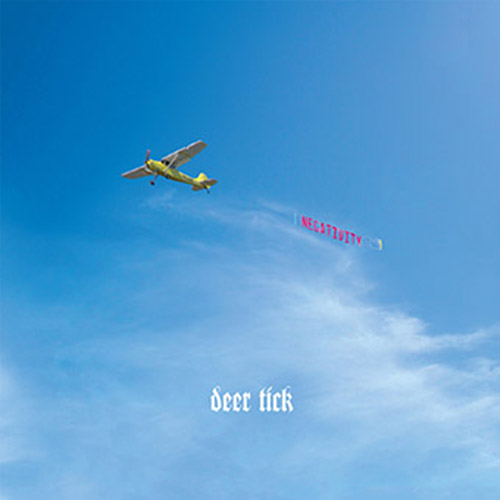 
John McCauley and Deer Tick have long walked a tightwire between total despair and fractured resilience, but Negativity represents a heroic leap forward on virtually all fronts for the Providence, Rhode Island-based band. Recorded earlier this year in Portland, Oregon with legendary producer/musician Steve Berlin (The Blasters, Los Lobos, and last year's McCauley side project, Diamond Rugs), the album -Deer Tick's fifth full-length studio release, and follow-up to 2011's acclaimed Divine Providence - is McCauley's most personal work thus far as well as the band's most undeniable and universal, their famously freewheeling musical approach refined here into a gloriously cohesive whole.

Negativity was penned over the course of a genuinely eventful 2012, an annus horribilus in which McCauley's father pleaded guilty to federal charges of conspiracy and tax fraud, ultimately leading to prison. "Mr. Sticks" - which takes its title from the senior McCauley's childhood nickname - is "about my father going to jail and all the things he may miss," but when the son sings "With a hug and a kiss/You may say goodbye to all you've ever known," you get the sense he might be talking to himself.

"This record is me pulling myself out of the funk I was in," McCauley says. "I wouldn't say I was depressed, I think it was more than that. A lot of those days, I just felt like a waste and I didn't truly recognize it. There's a lot of time that I just don't remember at all and it's kinda frightening."