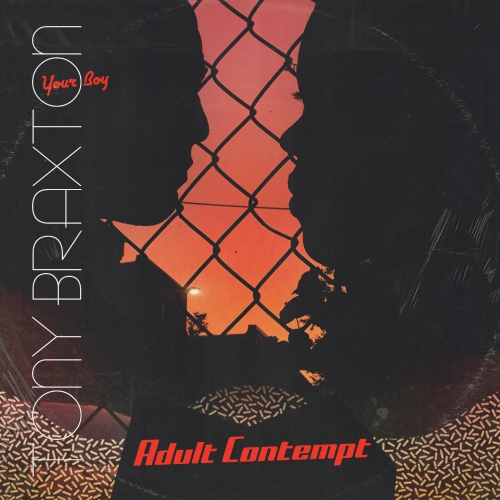 
It's hard to describe this album. Actually it's easy: Adult Contempt is a soft rock album, inspired by late 80/early 90s pop/rock. The lyrical themes are mainly masculinity, love, and maturation. If that sounds weird/terrible, did I mention it's by a Canadian rapper/radio host? Yeah. I think by "hard to describe" I meant it's hard to say why I made it and, more importantly, why I like it. To those questions, I think it's tender, romantic, funny, and I made it with one of my best friends of all-time. Sometime in Spring 2014, partly inspired by a book about adventure I was reading with my then gf (now fiancee), I decided to embark on the adventure of making this album. I called up my friend Matthew Johnston and asked if he would help me record some of the pop songs Id written on guitar. He said yes and, interestingly, didn't sound the slightest bit surprised by the idea. So I flew back to my hometown of London, Ontario (I was living in Vancouver at the time) to start recording in his guest room. I'd never really sang before. Only Matthew couldve gotten these takes out of me. I've known him since we were 13, and growing up, he was the only guy I knew who felt music the same way I did. Our passion for music was not common in our city. Anyhow, through the years we've played shows together, encouraged each other's crazy dreams, and generally been bff's. He had his first kids (twins) around the time we finished tracking. It took a while to wrap up the record (I started hosting this radio show in early 2015 which now takes a lot of my time) but overall, it's an experience I'll always cherish: Making music in my hometown with one of the greatest friends of my life. Musically, the inspirations for this album mainly come from the first things I ever heard on the radio. Vague memories of Michael Penn, Terence Trent D'arby, The Cure, Bryan Adams, Janet Jackson and others that evoke a smile and a nostalgic sense in me. Lyrically, I have some fun here and there but a lot of the lyrics are just honest, simply-put musings--grappling with insecurity, love, and trying to become a better person. The name - Your Boy Tony Braxton - obviously speaks to the era I'm evoking, but also to the lyrical content and overall tone: The idea of a dude named Tony Braxton who likes to sing (but obviously isnt as good as the famous Toni Braxton) is a surprisingly accurate embodiment of how this music feels to me: Vulnerable, funny, and ultimately, hopefully a worthwhile offering. xx your boy, tb