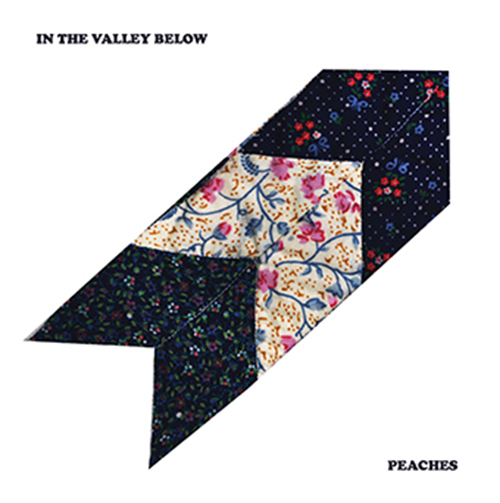 In The Valley Below - Peaches


He's from Memphis, equally steeped in Link Wray and Phil Collins. She's a small town girl raised in Muskegon, Michigan, who found her songwriting inspiration while living on a small boat in the West Indies. Jeffrey Jacob and Angela Gail met in Los Angeles, playing guitar and bass in a loud, grungy guitar band, but the seeds of In the Valley Below were planted one night at SXSW, when they realized there was something special in the passion and chemistry they shared on-stage.
"We were working together in various bands as friends, and then something just happened," says Jacob.

"We suddenly realized there was something going on, an overwhelming urge to come together on this new project." says Angela "I don't know what it was. Maybe it was some of the drugs we were on."

The duo's debut Arts & Crafts album could well be the soundtrack to a David Lynch movie, equal parts atmospheric and gauzy, with sharp hooks and sing-along choruses, inspired by faithful archetypes and dealing with powerful subjects like sex, crime and religion, as on the first single, "Peaches," a celebration of mutual attraction and sensuality that Jeffrey jokes could just be about fruit.