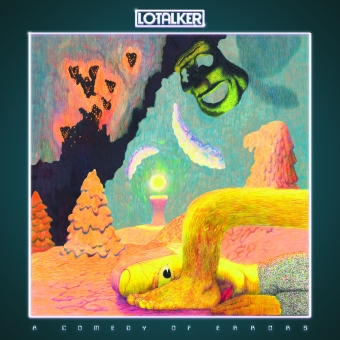 A Comedy Of Errors

Buy A Comedy Of Errors

Stream A Comedy Of Errors 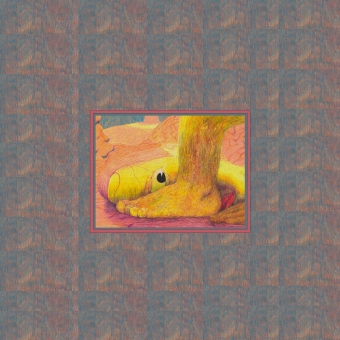 Andrew Shepard was looking for a fresh start. The Athens, Georgia-based guitarist and songwriter had been acting as the frontman for his previous band, Roadkill Ghost Choir, for eight years, playing every major festival, Late Night With David Letterman, and touring alongside Band of Horses. But Shepard was feeling constrained by the expectations placed on him in that band. He felt that their songs had to sound a certain way—dark, foreboding, and moody—and he wanted to break out of that mold and start with a clean slate. “We did a lot of cool stuff and had a great time doing it” Shepard says. “But I wanted to sonically explore stuff I hadn’t been able to really do before.” Though he didn’t know it at the time, that was when his new project, Lo Talker, was born.

Shepard is joined by his brother Zach (bass), who also played in Roadkill Ghost Choir, as well as Alec Stanley (guitar/keyboard), Rhett Fuller (guitar), and Jeremiah Johnson (drums) for A Comedy of Errors: a lush, intricate and quirky album of expansive noisy folk rock augmented by the psychedelic whirr of fractured tape loops. The album was produced, mixed, and engineered by longtime friend of the band, Kevin Ratterman, known for his work with similar southern rock inspired indie act like Jim James, My Morning Jacket, and Strands Of Oak, at his studio in Los Angeles.

Across its 12 tracks, Shepard documents the American panorama of the last few years — jumping from lamentations on the brutality of living, to co-dependent relationships, to the fall of the American empire, and through, of course, the current Trump presidency. To Shepard’s credit, he never wallows. Though each of the songs tackles the kind of heavy life experiences that we’d probably prefer not to think about, he has a gift for writing observational moments with unexpected verve, and sometimes some much needed humor. “Just because of how oppressively strange everything has been for the last four years...I guess that it kind of made its way into these songs,” Shepard says.

Nowhere is that more clear than on the gorgeous and plaintive “Nero in the News,” a dark reckoning with Trump and the state of America set against warm keys and a delicate guitar loop. “Nero in the News” is perhaps the most literal song on the album, with Shepard singing about “A comedy of errors on a shrine / Across the water, somewhere strange / A crowd is watching, disengaged / At evolution playing with itself.” The song’s overtly political message does not feel out of place. Instead, it’s a complicated look at the fallout of toxic politics in a country not equipped to step up to the present moment, sung with pathos and overwhelming sadness.

The gravity of the message is compounded by the ambitious “No Champagne,” a song about “having a reckoning with your past, fighting a religious culture war with political weirdos and grifters, and the absurdity of just being,” says Shepard.“No Champagne” is, in a way, the thesis statement of A Comedy of Errors. It doesn’t take itself too seriously, cloaking heavy messages — ”Now we stare in a mirror / And we laugh and laugh / Because there’s no turning back” — in an upbeat three-and-a-half minutes of tight power pop. But it also does something that has thus far eluded a lot of the political art that’s been made in the last few years: it recognizes that the problems being grappled with on the album come from inside the house, and cultivates a sense of responsibility to confront it artistically.

“Don’t Hide that Light Pts. 1 and 2,” by contrast, is a study in optimism at a time when optimism can be hard to come by. Over blown-out drums, sparkling keys, and walls of guitar fuzz reminiscent of the lush but lo-fi recordings of the Elephant 6 crew, Shepard curses the “cosmic humor” of the world and recognizes threat in the absurdity of life itself.

“I don’t think I ever truly normalized it,” Shepard says of the current state of the US. “But I’m not surprised by it.” As a whole, A Comedy of Errors is an accurate piece of political art because it doesn’t write off responsibility. It doesn’t resort to bludgeoning with anger. Instead, Shepard has surveyed the landscape and rediscovered an America he’s intimately familiar with –– all he can do is write sad songs and long for better days that maybe never existed anyway.