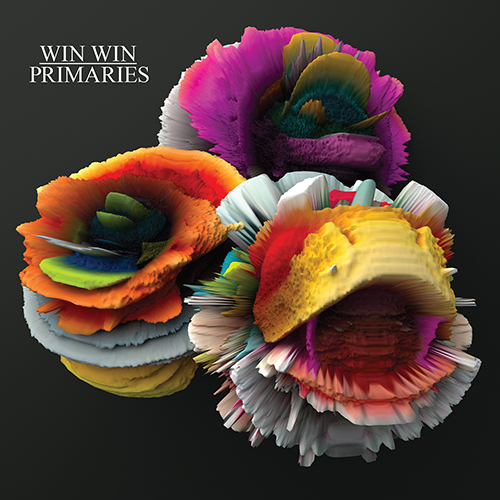 
WIN WIN is the Brooklyn production trio of Alex Epton (producer XXXï¿½hange), Chris Devlin, and Ryan Sciaino (DJ/video artist Ghostdad). A band that at every step further defies classification, WIN WIN conjures its most transportive work to date with Primaries: an elastic and hyper-modern album of seductive pop permanence. Moving away from sampling as instrument and inspiration, Primaries is firmly in the realm of the analog and psychedelic: anthropomorphic and cybernetic: a blueprint for a sound that's simultaneously classic and futuristic. "Couch Paranoia" blows in on a wind of living, breathing synthesizers, disembodied arpeggios and call-and-response robotics. Album centrepiece "Been So Long" (penned with TV On The Radio's Jahphet Landis) crystallizes in perfect chorus, while the vintage sun-kissed surf jam "Waster" certifies WIN WIN as 'pure hedonistic pleasure-center music' (Stereogum). Newly signed to Arts & Crafts, following WIN WIN (2011) and Double Vision (2012) on Vice Records, WIN WIN has made an absolute monster of an artwork with the zeitgeist of 2015 as its source. With Primaries, the WIN WIN three have honed their most imaginative statement yet. The possibilities are endless when matching human to machine: this is the new chromatic sheen.