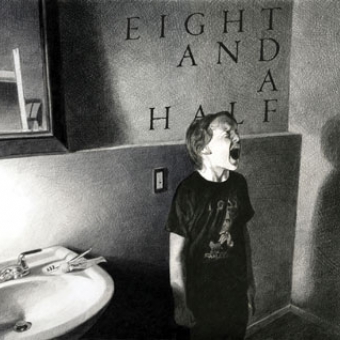 Buy Eight and a Half

Stream Eight and a Half

From the waves of instrumental opener "When I Was Twenty Nine" into the urgent, melancholic pulse of first single "Scissors," from the snare crackle and organ pressure of "The Turn Around" to the whirling, percussive, keyboard drip-drop mediation of "Two Points Meet," "Eight and a Half's self-titled album simply dazzles. It is a record marked by endless textures: hums, pings, washes, drones, cascades, sounds skittering, snares banging, the feather-soft gorgeousness of an incredible vocal melody, and more. 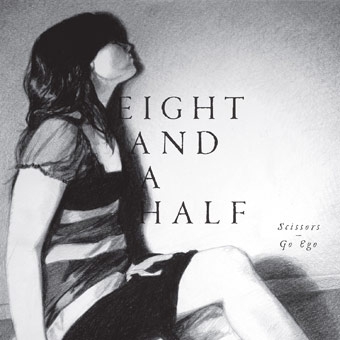 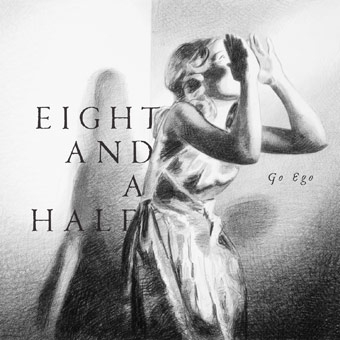 Justin Peroff of Broken Social Scene + Dave Hamelin and Liam O'Neil of The Stills = Eight and a Half.

View Archived Tour Dates
Justin Peroff of Broken Social Scene + Dave Hamelin and Liam O'Neil of The Stills = Eight and a Half. But while the math is simple, the story behind it is not so.

When Broken Social Scene first emerged out of Toronto 10 years ago, a great deal of the band's success was attributed to the fact that most of its individual members had ties to other bands, or boasted established solo careers. Peroff - the band's drummer since 2000 - was not without extracurricular pursuits of his own (acting, DJing, party promotion), but had never released music outside of the BSS banner. By 2009, the urge to explore something new was proving ever more impossible to suppress.

Hamelin and O'Neil were old friends of Peroff's - Broken Social Scene and The Stills had shared stages as far back as 2003 - but they weren't necessarily the most logical choice of collaborators: after all, Peroff was splitting his time between his temporary home in Los Angeles and recording sessions in Chicago for Broken Social Scene's Forgiveness Rock Record, while Hamelin and O'Neil were in the thick of touring for The Stills' 2008 album, Oceans Will Rise, and living in their native Montreal when off the road.

However, over the course of several phone calls and emails, the trio realized they all shared a desire to create music that was distinctively different than the big-tent anthems their primary bands were known for - so much so that Peroff was willing to spend much of 2009 hopping back and forth between L.A., Chicago and Montreal to get this new, more electronically focused project off the ground, if only in fits and starts.

What a difference a year makes - fast forward to the end of 2010 and Peroff was calling Toronto home once again, after Broken Social Scene completed its marathon Forgiveness Rock Record tour.

And fortuitously enough, O'Neil and Hamelin had also become fellow residents, albeit for markedly different reasons: the former was hired to engineer Metric's follow-up to Fantasies at the band's Toronto-based Giant Studios, while the latter relocated after his girlfriend scored a new job in the city. O'Neil and Hamelin also suddenly found themselves with a lot of spare time on their hands: following a fall 2010 tour with Kings of Leon, The Stills had unceremoniously disbanded.

And so the conditions were in place to elevate Eight and a Half from sideline recording project to a primary concern for those involved. And each member seized the opportunity to reinvent himself: where Peroff's steady back beat has always provided the solid foundation atop which Broken Social Scene could freely experiment, with Eight and a Half his drumming is thoroughly deconstructed, as reliant on electronic programming and looped breaks as live performance.

O'Neil, traditionally a piano and horn player, focused on coaxing strange sounds and eerie ambience out of synthesizers and samplers. And Hamelin - who attempted a more rootsy, conversational style of singing as The Stills' secondary vocalist - pushed himself to croon in a higher register, and adopt a more confessional, emotionally naked mode of songwriting to better complement the minimal, mechanized productions.

Though Eight and a Half's formation precedes The Stills' dissolution, it's tempting to interpret these songs - from the melancholic desolation of "Scissors," to where-did-it-all-go-wrong self-examination of "Go Ego," to the turn-a-new-leaf pledge "The Turn Around" - as a direct response to their demise. But the vulnerability, doubt and resignation embedded in Hamelin's voice and words are easily transferrable to anyone who's invested years of their life into something special only to watch it vanish in an instant.

And Hamelin's recovery process - as well as Eight and a Half's own evolution from piecemeal recording project into proper flesh-and-blood band - is mirrored in the album's sequential shift from darkness to light: what begins as a chilly, claustrophobic and insular experience gradually opens up into a widescreen, kaleidoscopic splendor, spanning the mountainous surge of "A Train to India," the exuberant digital psychedelia of "Two Points" and the climactic/ecstatic curtain closer "Oh, My Head."

This is not a side project. This is not a couple of friends dicking around on weekends. Eight and a Half is a new, very real band. These numbers don't lie.