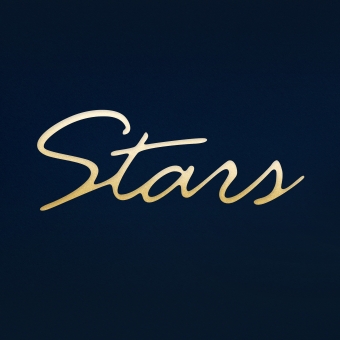 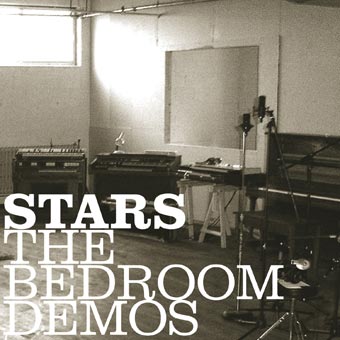 "THE BEDROOM DEMOS" are the heart and soul of STARS' revered 2007 record 'In Our Bedroom After The War'... the real and honest bones of the album, before it was an album.

Fresh from touring the world with their breakout record 'Set Yourself On Fire', STARS hit their Montreal studio with Jace Lasek from The Besnard Lakes at the controls, and tracked a slew of new songs, live off the floor. Rough, unpolished and unfinished, these versions nevertheless give a secret glance into the world of their stellar songwriting, from a helter skelter 'Take Me To The Riot' to the definitive, single microphone recording of 'Barricade'. If you have loved a STARS song, you deserve to love 'The Bedroom Demos'. 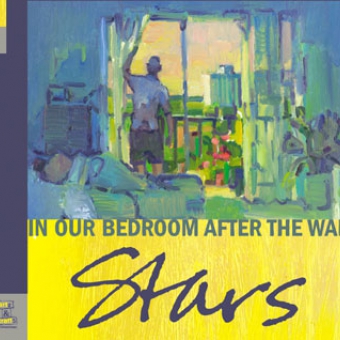 In Our Bedroom After The War

Buy In Our Bedroom After The War

Stream In Our Bedroom After The War 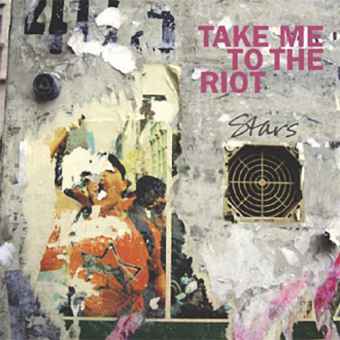 Take Me To The Riot

Buy Take Me To The Riot

Stream Take Me To The Riot

A limited edition 7" vinyl featuring the explosive single "Take Me To The Riot" and an exclusive b-side, "Division."

"For a generation beseiged by endlessly reported global conflicts... The whole band storms the ramparts, hands joined, chins up, ready to greet the brand-new day." - The Village Voice 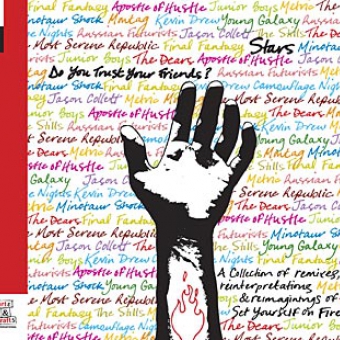 Do You Trust Your Friends?

Buy Do You Trust Your Friends?

Stream Do You Trust Your Friends?

A collection of re-mixes, re-interpretations and re-imaginings of Set Yourself on Fire. Would you let your friends redecorate your apartment, or do your homework for you? Would you let them buy your clothes or groceries? Would you leave them in charge of your kids? And if you did, what would they change? Does one of them secretly think you wear too much blue, or eat too much yogurt? If you let them rearrange your house, would they just slap a new coat of paint on the wall, or would they gut the whole damn place and start again? If you made a pop record, and then gave it to them to make again, what would they do to it? - Dead Child Star, Vancouver, February 2007 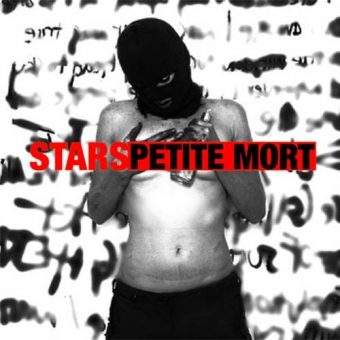 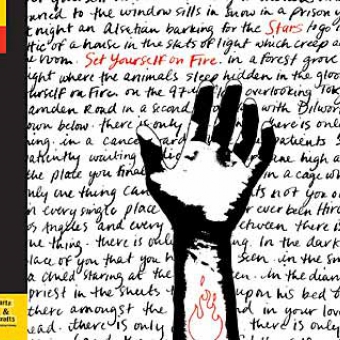 Set Yourself On Fire

Buy Set Yourself On Fire

Stream Set Yourself On Fire

Artists of effortlessly accessible complication, Stars take our worst fears - both personal and global - and slay the anxieties with perfect pop music. Already receiving glowing acclaim from world press such as the NY Times and Pitchfork, their newest disc is their most ambitious, accomplished and affecting to date. 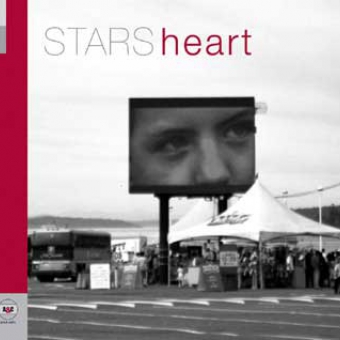 Lovely. Romantic. Devastating...words often used to describe the soothing sounds of Stars. Adjectives aside, one thing is for certain: "Stars have a knack for writing gently devastating pop songs." (NY Times)

View Archived Tour Dates
Love and death have always been the twin engines of the popular song: the pursuit of love and the mourning of its passing; the havoc death wreaks upon love; love's survival in the aftermath of death; death as metaphor for the loss of one's identity to the consumptive power of love...

Few bands of recent times have understood this as completely as Stars. And fewer bands still have so eloquently articulated, in words and in melodies, the seemingly countless ways love and death fill our days and rule our lives. Ten years after singer-lyricist Torquil Campbell and keyboardist Chris Seligman conceived of Stars in a decrepit New York apartment, one can listen back through the band's discography and hear dozens of songs that find new ways to contemplate these ancient, ageless subjects.

To that end, The Five Ghosts, Stars' fifth full-length album, would seem to be business as usual. Indeed, a scan of its song titles "Dead Hearts," "I Died So I Could Haunt You," "The Last Song Ever Written" - would suggest as much. And yes, the band whose previous album, 2007's In Our Bedroom After the War, imagined romance in the shadow of the threat of apocalypse, are as fascinated as ever by the potential of the ruinous love song.

But The Five Ghosts is different from previous Stars albums. Simpler, sparer, and more confident (in its own quiet way), it also trades some of the band's previous dramatic flourish for the sort of direct, heart-bearing communication that comes from hard-won experience.

"I can't deny that I'm in these songs," says Torquil. "I've always written from a kind of theatrical perspective, which I'm still doing, but the guy in the film might look a lot like me this time."

During the writing and recording of The Five Ghosts, Torquil became a father, and he also suffered a family bereavement. Those experiences, he readily admits, are all over his contributions to the album, including its title - which arrived, inexplicably, into his thoughts after a pair of troubling events. He recalls that Chris, who lives in Montreal, took accommodation in Vancouver's notoriously grim Downtown Eastside as the making of the album began.

"It was an old place that had been made over as apartments," Torquil relates, "and he eventually left after three days, in the middle of the night, claiming that each night he suffered from insomnia until about five, at which point he would dream he was awake and an 'entity' would appear at the end of his bed - a female entity that he felt was malevolent, that actually wanted him dead. It was really quite hilarious, but also kind of terrifying. He was so shaken by it, and it was such a strange story. It got us thinking about ghosts.

"And then my dad died. And then they were everywhere. And then that phrase, 'the five ghosts,' appeared in my mind. I Googled it, and it's a Feng Shui term. I had no idea about this - I'd never looked up anything to do with Feng Shui. It's a term they use to refer to the bad energy in a house when someone you love has died."

Yet The Five Ghosts' overarching mood, even during its most outwardly downcast songs, is one of uplift, bolstered by music whose economy and easy grace are unprecedented in the band's history. Following the valedictory urgency of In Our Bedroom..., it might be interpreted as the calm after the storm.

"I suppose we're always influenced by the climate around us," says singer, guitarist, and co-lyricist Amy Millan. "Between 2004 and 2008, there was an incredible sense of feeling like the meek were not being heard, so it forced us to make our voices gigantic. There was definitely a conscious decision going into this record that we wanted it to be more compact."

"Stars put out three pretty polemical records after [2001 debut] Nightsongs," adds Torquil, "three records that very baldly espoused a cause and an emotional approach, and urged people to find that within themselves. We were all committed this time to not being so on-the-nose with what we did."

All of Stars credit producer Tom McFall, with whom the band reunited for the first time since 2005's Set Yourself on Fire, with playing a key role in giving The Five Ghosts its clarity of purpose, and for, in Chris's words, "pushing people in directions they wouldn't have gone on their own. It took the band places, compositionally and musically, that still allowed a oneness, but through a different view."

The band also pushed themselves in new directions, convening in Vancouver last spring to write as a unit. "It was five musicians in a room together writing songs - that was very unique for us," says bassist and guitarist Evan Cranley. "It's usually Chris and myself; or myself, Chris, and Patty [drummer Pat McGee]. We write, or almost 'score,' the song instrumentally before the vocalists even hear the tune."

"The way In Our Bedroom... turned out was a reflection of the process," explains Pat. "We wrote for a long time, demoed, fine-tuned, arranged and rearranged, recorded and re-recorded. And, for better or worse, that's how the album sounded. This time, we wanted to leave a lot of room for creativity in the recording studio."

"We didn't let ourselves get divided by different tangents," says Torquil. "We stayed in the room until the song was unified. What you're hearing is people who are happy to sign off on the tune, whereas on occasion in the past, there's been five different ideas struggling to reconcile themselves within a song, and ultimately we decided to solve that problem by putting them all in. And that can work! But this time we were very interested in the idea of saying, 'Let's see if we can find one idea that we all really say yes to."

The result is 11 songs that encapsulate everything that's always been great about Stars, but stripped of excess ornamentation and unashamed to stand in their relative nakedness. As the band bids farewell to its first decade, The Five Ghosts is both a consolidation of Stars' strengths and the suggestion of new beginnings. "There's still a strong through-line with all of our albums," says Amy, "love, death, hate, sex, and the never-ending seduction of the pop hook.".